Chicago: A Tale of Two Cities 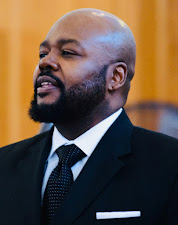 Let me say it again: Chicago is pretty and Chicago is ugly. Even on her most beautiful of days. And this is her glaring dichotomy for me as a native son who stands with a foot in each world. Chicago stirs within me both love and hate.

I love Chicago. And I hate her. She is a tale of two cities, two-faced.

She is a glistening skyscraper-lit city on a shimmering sailboat-dotted Great Lake, the epitome of picture postcard beauty.

She is a bloody city, where wanton gunfire rips Black and brown babies from their families, leaving a trail of blood, tears and carnage on streets littered with shell casings.

"I love the Chi. But it’s complicated."

The Chicago I know is the city of succulent deep-dish pizza, Michael Jordan’s Bulls and Lollapalooza. Of safe neighborhoods in some parts, where children frolic freely in the summer sun.

It is a Chicago of unsafe neighborhoods in other parts, where irreverent unsavory young men with automatic weapons and disregard for human life gun down children while they jump rope, make mud pies, wait in a McDonald’s drive-thru, or play in a bouncy house. A soul-less city of mounting child autopsies.

She uplifts. And she crushes. She is angelic and devilish, bipolar even. She is the meadow. She is the ghetto.

She is a Ferris wheel-twinkling safe zone. And she is a muzzle-flashing war zone.

Even when I am relishing her skyline and cultural gems, her scents and sounds of the seasons--even when the lake and city are white-frosted over--I am reminded that my love for her runs deep to my bones. The city intoxicates me.

But I am sobered by the portrait of Chicago’s dark side--by the faces and travail of those who dwell in her land of the forgotten beyond the Magnificent Mile, on Chicago’s insignificant isles, where poverty and gun violence rise assuredly each morning like the sun.

“The American Millstone,” some have called them who dwell on the other side. “The Truly Disadvantaged.” “The Permanent Underclass.”

I was once one of them.

I am still one of them--my zip code eternally 60623, no matter where life or my choices take me. And my pen and heart are forever wed to that part of Chicago where I grew up and lived for more than two decades.

My writing as a journalist for more than 30 years, and as a freelance columnist for this newspaper for the last 12 years can attest to that, and also to my love for Bigger Thomas’ town. I love the Chi. But it’s complicated.

And inasmuch as I might ever be tempted to close my eyes to the grim realities that compose life for those who dwell beyond Chicago’s safe neighborhoods and her tourist thoroughfare, I cannot. No matter how much Chicago shimmers, I cannot.

No matter who says that Chicago’s beauty and hope outshine or outweigh her goriness and bleakness, or that fewer shootings and murders or per capita violence stats make Chicago not America’s bloodiest city, I cannot. I’ve heard such rumblings lately.

But I know the truth: That in Englewood Chicago, and East and West Garfield Chicago, and Austin Chicago and Lawndale and Auburn Gresham Chicago bullets fly, the children die, and all the pie-in-the-sky platitudes over the city’s beauty ring hollow.

The number that matters most is one. If it is your loved one who is murdered or shot, that is one too many, and the impact on one’s psyche and soul immeasurable.

Chicago is pretty. She is ugly to the bone and always my love-hate home.